Why is the Irrigation Project needed?

High dependency on subsistence agriculture makes Karen communities extremely vulnerable to change in weather. Heavy rain can mean that crops get swept away, whilst the lack of rain can mean that the crops wither. From KHT’s research, it is clear that in most villages, at least 50% of villagers do not produce enough rice to last them through the year and most families suffer from food shortages at least five times a month.

Traditionally, Karen communities build bamboo irrigation dams to ensure that their crops get enough water. The dams are especially important to cultivate rice, which is one of the main staple crops for communities. However, for each dam, around 300 bamboo and other small trees are cut down, and they are not very stable. As a result, heavy rains and flash floods frequent in the rainy season often destroy traditional irrigation dams.

Without a dam in place, crops cannot be irrigated. This means that dams must be rebuilt when destroyed. Farmers often rebuild dams at least once a year and sometimes even more, which wastes time that could be spent in the fields and negatively impacts crop production The cutting down of the trees is also harmful for the environment and increases risks in landslides and flooding as it causes soil erosion and desertification.

Through the construction of a flood resistant irrigation system (FRIS), Karen communities are given a sustainable method to irrigate their crops and make it possible to utilise farmland in all seasons. This improves livelihoods by allowing farmers to increase crop production without damaging the surrounding natural resource base. In addition, the flood-resistant nature of the systems allows farmers to become more resilient to extreme weather and natural hazards, further increasing livelihood security and sustainability.

What is the Irrigation project? 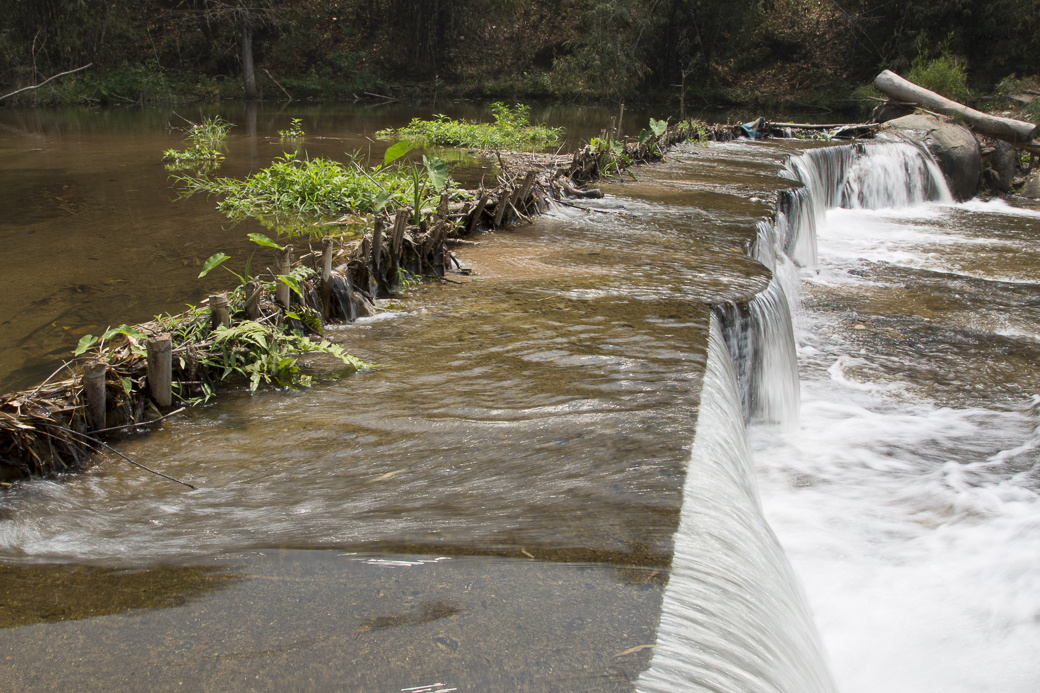 The irrigation systems are constructed by the KHT team together with volunteers from the local community. The volunteers are trained in construction which will ensure that they can maintain the dam and gain new skills for livelihoods.

The irrigation dams take about 4 weeks to build but last for over 20 years. The system ensures that there is no need to cut down trees and reduces the use of slash and burn technologies to increase production of the land. 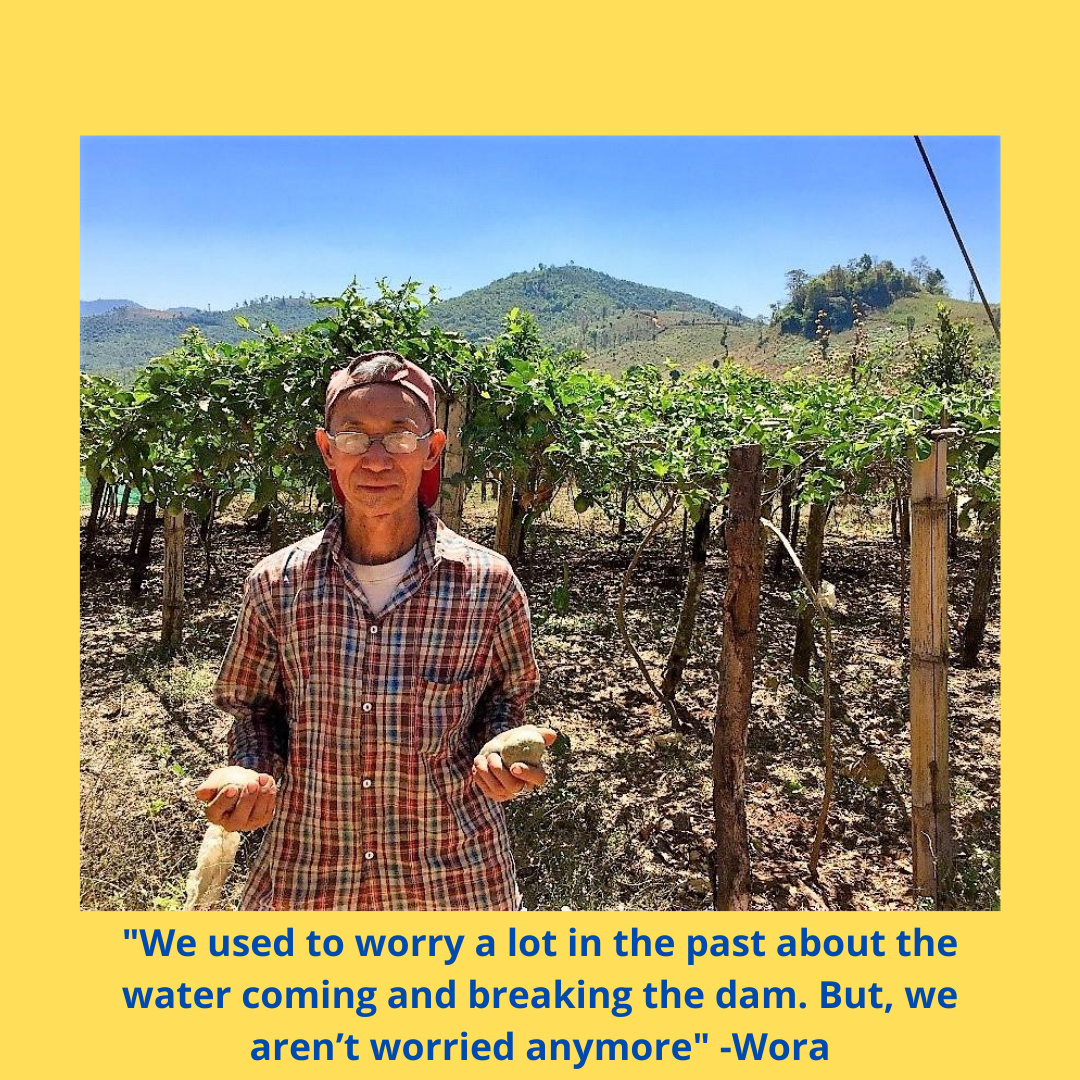 “We used to worry a lot in the past about the water coming and breaking the dam. But, we aren’t worried anymore” explains Wora. Like many Karen families here, he makes a living by growing and selling cash crops to merchants who regularly visit his village. These crops form the foundation of his livelihood, one that puts food on the table and money in his pocket.

Thanks to the KHT dam, worrying about flooding is now a thing of the past for Wora. In addition, the concrete system allows him to grow cash crops in the dry season as well; because the concrete dam does not need repairs following the rain, this time can be used to prepare for a second harvest. His current crops include potatoes, chilli, cabbage, tomatoes and passion fruit. It is remarkable to see these growing in spite of the intense February heat.

The concrete dam is also structurally more powerful, meaning that it can hold back a larger volume of water to be siphoned to nearby fields in the rainy season. “In the past, we would get just half the amount of rice” explains Wora. “Now we grow three tonnes more because the water can reach more fields.”

With more rice and more cash crops, the KHT project has had a real impact on Wora’s livelihood. KHT is set to continue our food security work long into the future, reaching out to as many remote communities as possible. 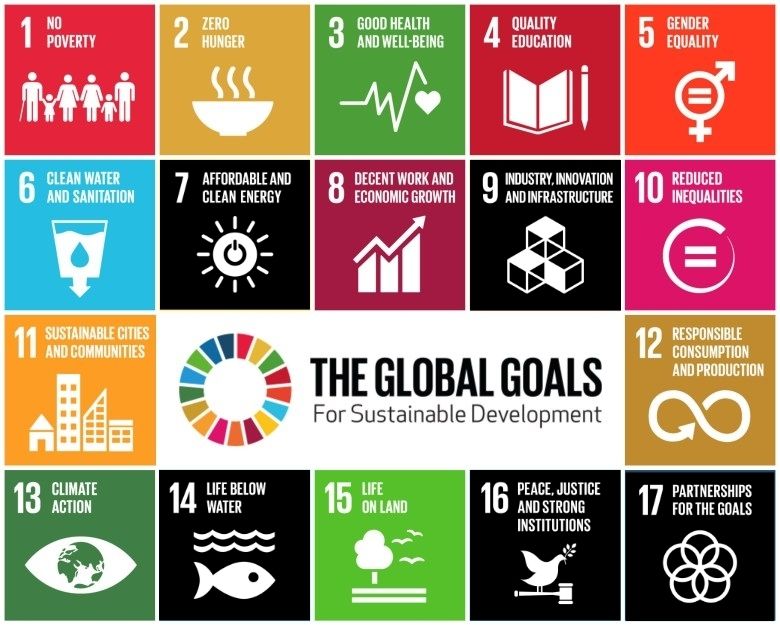 We at KHT are thinking long-term and are dedicated to realise the 17 sustainable development goals. All our projects are therefore designed to contribute to more than one. The Irrigation project supports all the coloured goals in the picture.