The Karen Hilltribes Trust (KHT) is a UK registered charity based in York and that operates in Mae Hong Son Province in the North-West of Thailand. It works with the Karen, the largest of the hilltribes in Thailand, helping to provide good education, clean water and sanitation. Living in the mountainous forests of the North leaves the indigenous Karen relatively stranded in the poorest area of Thailand, with a history of poverty and ethnic cleansing across the Burmese border. 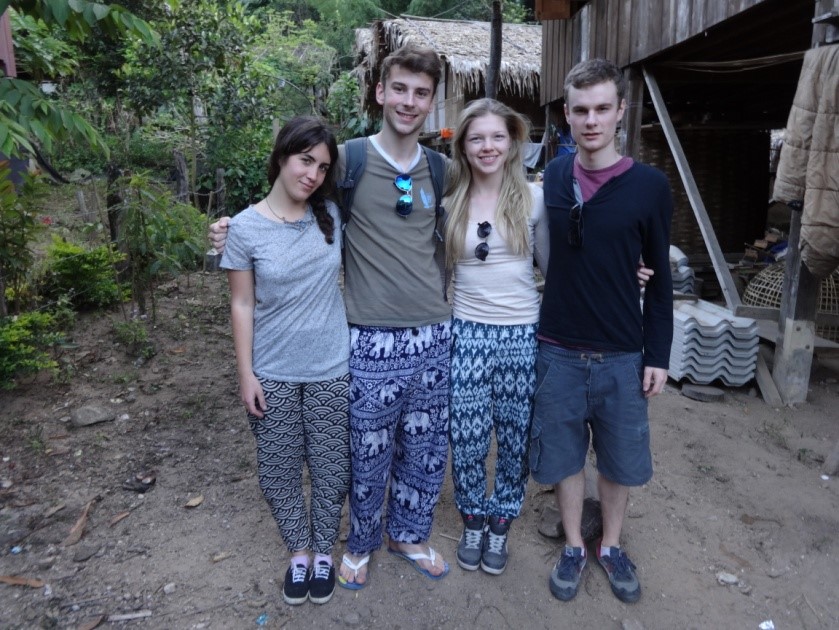 For three months in 2014, I and 3 other volunteers were sent to two Sgaw Karen villages. We were there to teach English in underfunded and understaffed schools, but first and foremost to be an all-round positive presence and help both the teachers and the children in whatever their activities demand.

I met the other volunteers in Chiang Mai on 29th December, and, after a memorable New Year’s, took the 7-hour bus journey to Khun Yuam on 2nd January. There we met Nootsabar and Salahae, who run KHT operations in the area. As it happens, it is impossible to walk around with Salahae as he is forever being recognised and has to acquiesce to his adoring fans. 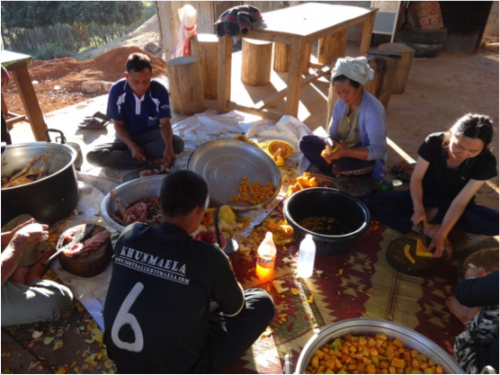 The two girls are living in Ban Kam Suk, a village just outside Khun Yuam, while Ciaran and I have been sent to Khun Mae La, lying a fair way off the beaten track about 2 hours’ drive from the town. Despite what we’d been told about the initial ‘2 week window’ it takes to get used to village life, we both felt straight at home. The Karen are extremely welcoming and easy-going, taking the time to show us around the house, teach us a selection of the Karen vernacular (‘O-may’ being the prevalent phrase, essentially meaning ‘eat’) and introduce us to just about every last sentient being in the near vicinity. 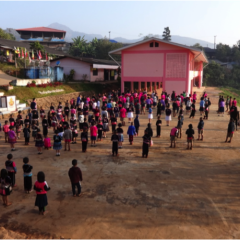 We began teaching at Khun Mae La primary school on our first day, and it seemed fairly clear that the teaching itself wasn’t going to prove too strenuous. The level of English is poor both amongst the children… Our lessons therefore mainly revolved around songs and games to teach basic rules – for example, a lesson on propositions resulted in me shouting ‘under’, ‘on’, ‘in front’ etc. to a class-full of 10-year-olds (and Ciaran) who had to stand in that position with relation to their desk as fast as they could. Chaos, yes, but not too dissimilar to one of my teachers at school so I felt I was on firm ground. 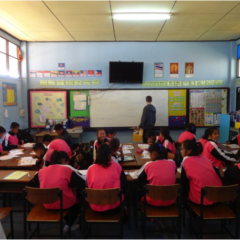 The first month of our stay with the Karen has proved both fascinating and hugely enjoyable. There are such vast things to be learned from such a small amount of time with a distant culture, and one that is in innumerable ways dichotomous to ours, that it woud be nigh on impossible to include everything in one email. But, just for a taste of what we’re experiencing, Ciaran and I have met several Buddhist monks and several Catholic priests, been to three Karen weddings, one Karen funeral wake, played in a football tournament in Mae La Noi, watched a Muay Thai boxing competition (including matches between children as young as 12, or perhaps younger), attended two Children’s Day holiday celebrations and climbed a mountain. It’s become apparent to us that neither Karen nor Thai have a future tense as we know it, as we’re not told something is going to happen until the minute we leave – the clock certainly ticks less audibly here, and life is all the more exciting for it.

Thanks again to the Friends of Uppingham for their support of this project, which thus far has proved hugely enjoyable!